The 5th edition of Anime Senza Voce ended on Saturday night in Bertinoro.

The new format, adapted to measures to combat Covid-19, has achieved great success with the public and is evidence of the constant and ever-growing awareness in the fight against child abuse and violence against minors.

The organization Anime Senza Voce would like to thank the venues Cervia, Ravenna and Bertinoro for their great solidarity and sensitivity they showed for the topic.

The 5th edition of the International Event for Contemporary Art against Child Abuse this year was organized as a special edition with video projection of the works of our artists on historical palaces thanks to the collaboration with the STARK MULTIVISION 1200 INTERNATIONAL, Italian leader in facade projections. The artists developed their works of art on the basis of the victims’ testimony.

The 5th Anime Senza Voce event started in Cervia on Thursday, August 27th, from 9:00 p.m. to midnight in the Darsena, and on the second evening on Friday, August 28th, the screening took place in the center of Ravenna in the Piazzetta Unità d’Italia and finally the closing event on Saturday, August 29th, in Bertinoro, was characterized by an impressive artistic performance in front of the town hall with the launch of white balloons to the notes of John Lennon’s “Imagine”, attended by the public and everyone attending children took part, among other things in the presence of several prominent local personalities. 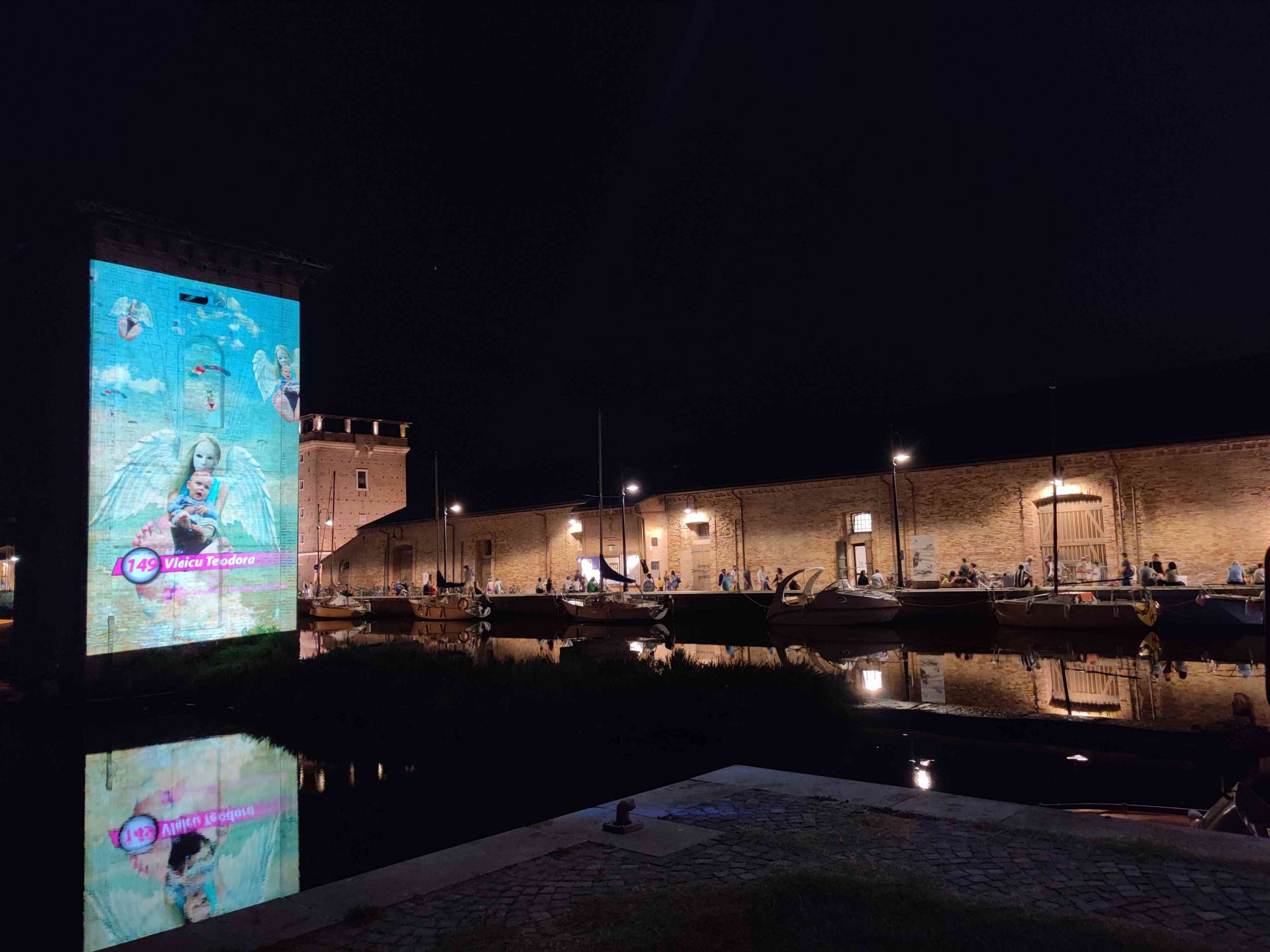 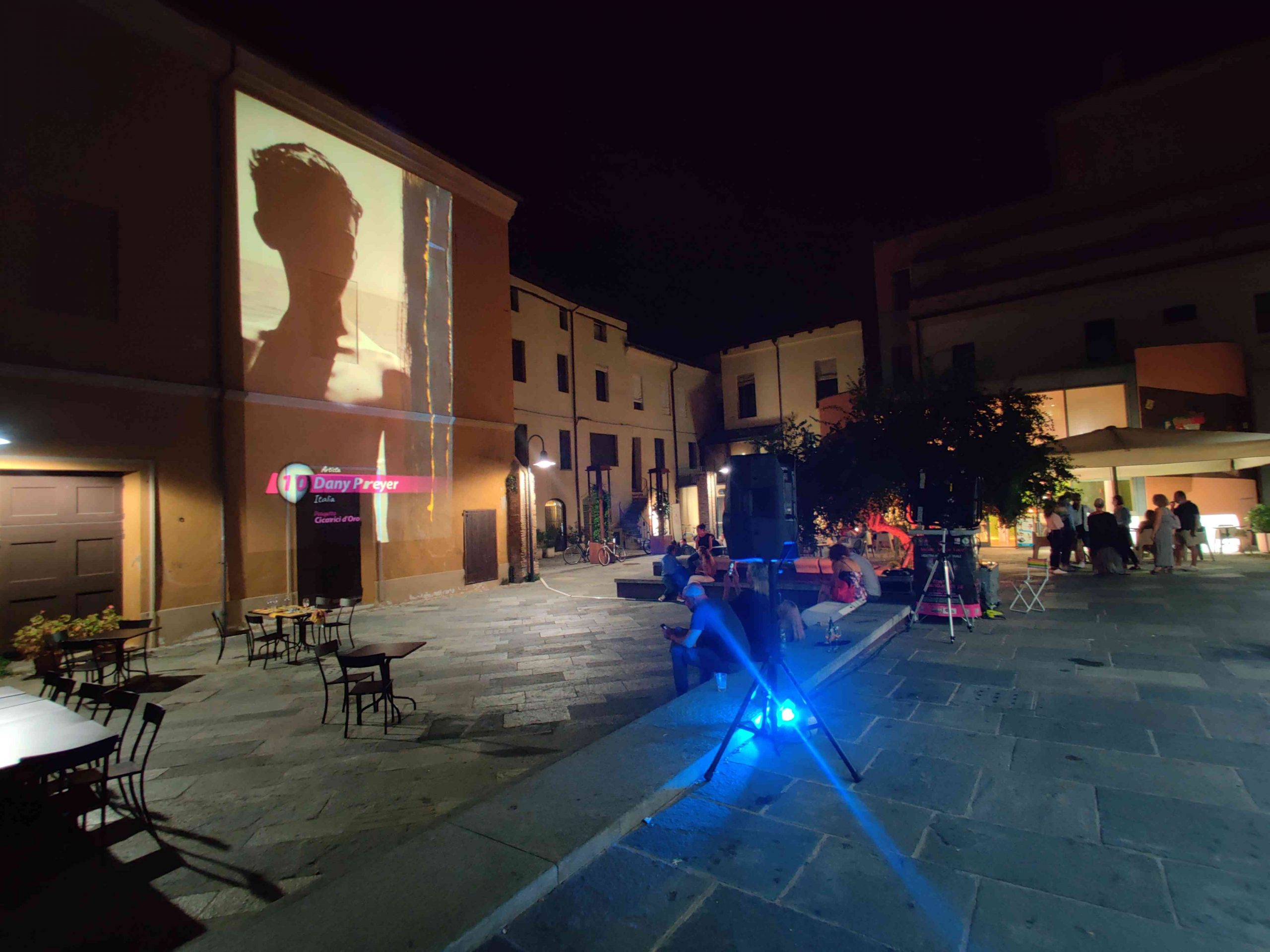 Deputy Mayor and Councilor for Culture and Tourism of the Municipality of Mondaino, Francesca Bagnoli, Ferrara Councilor, Federica Pavanelli

The organization Anime Senza Voce thanks all participants of our initiative who showed solidarity in the fight against child abuse. 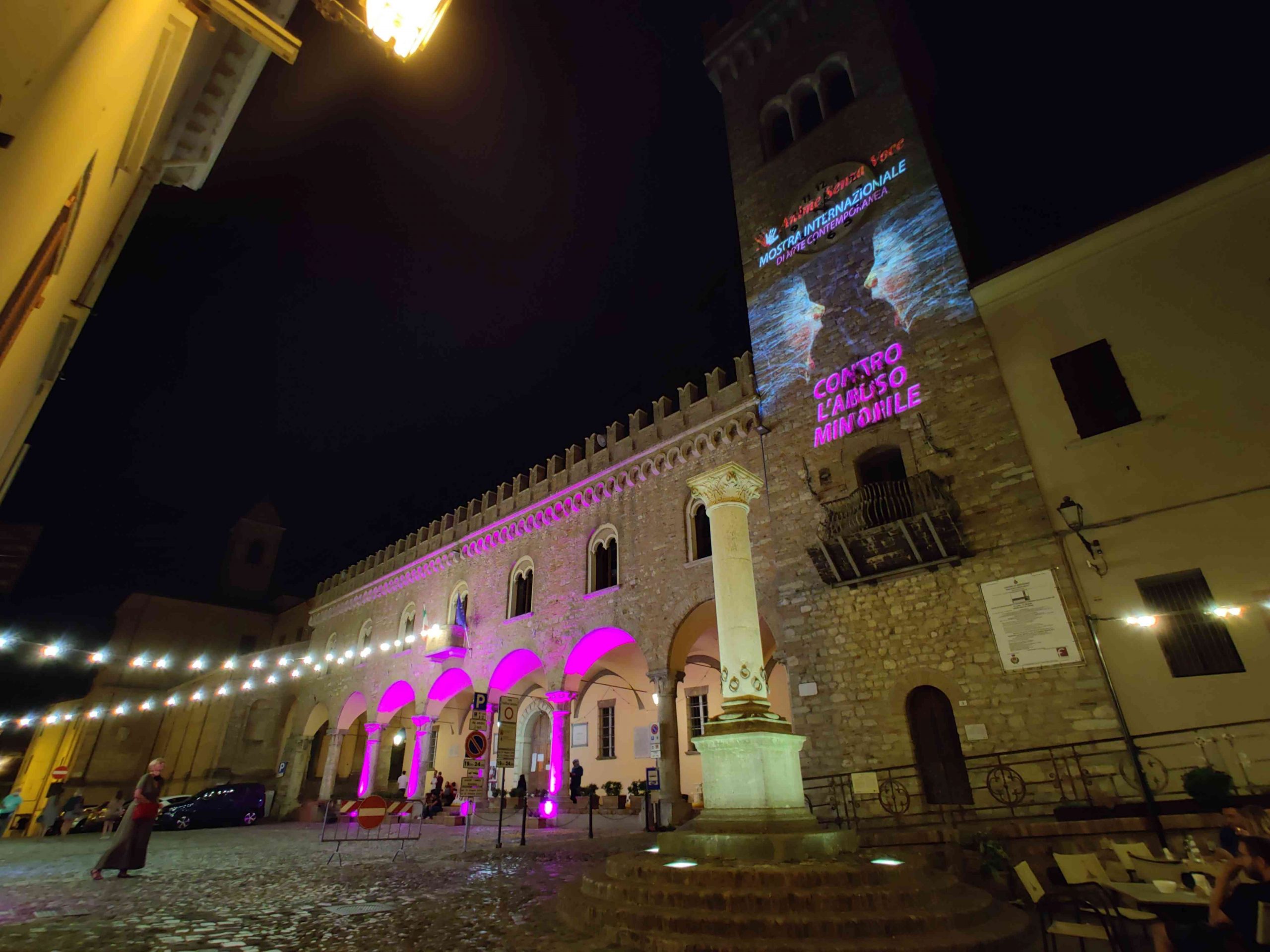 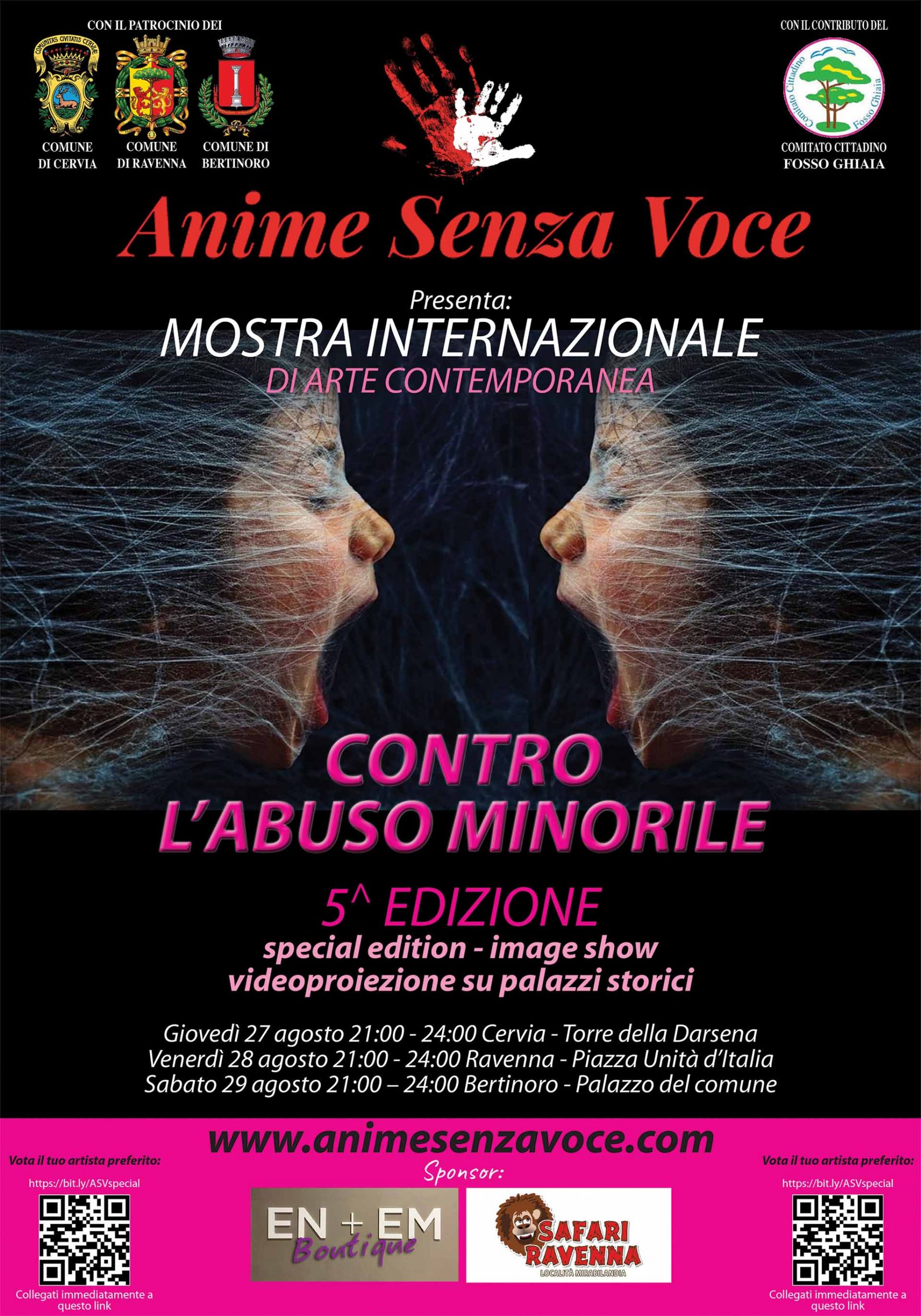