Also this year the “Anime Senza Voce” association is artistically active against child abuse and being the tenth anniversary of the Istanbul Convention, against all forms of domestic and gender-based violence. During the Covid period, our business did not stop, because domestic abuse of minors or adults increased during the lockdown period.

The Anime Senza Voce Association sincerely thanks the localities that hosted us showing great solidarity and sensitivity to the issue: Municipality of Cervia – Milano Marittima and Municipality of Cattolica

The 6th Edition of the International Event of Contemporary Art against Child Abuse, after the great success of the last edition, has taken up the format of the video projection projecting works of art on historic buildings and hotels on the Romagna Riviera. Thanks to the collaboration with STARK MULTIVISION 1200 INTERNATIONAL, the Italian leader in the field of architectural projections. The artists have developed their works through testimonies received from victims, who, in total respect of the person, have elaborated in a work of art.

This was the calendar of the video projections: on August 21 in CERVIA at the Grand Hotel, on August 22 in CATTOLICA on the Palazzo Comunale, on August 23 in MILANO MARITTIMA at the Peperittima Beach Club with the collaboration of Hotel Majestic and Hotel Byron, and finally on August 24 in MILANO MARITTIMA at the Family Hotel.
Ogni serata è stata caratterizzata dalla consueta performance artistica del lancio dei palloncini bianchi (biodegradabili), coinvolgendo il pubblico e i bambini presenti, sulle note di “Immagine” di John Lennon. 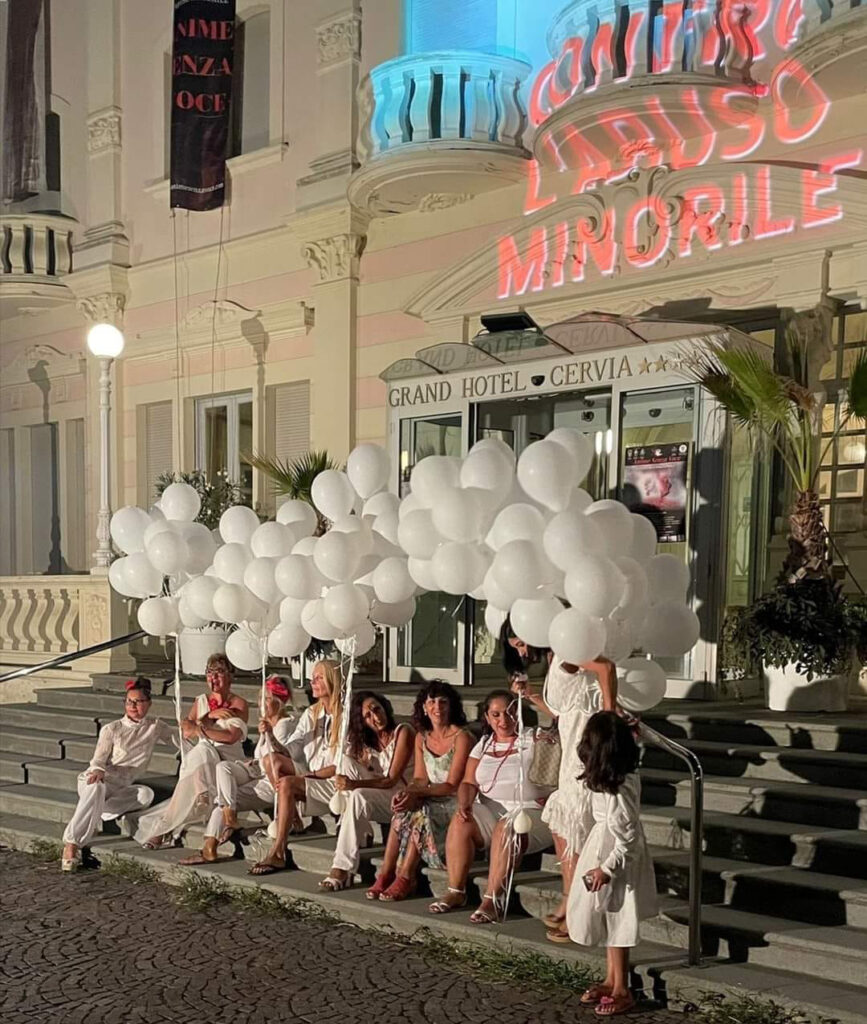 On the occasion of the Cattolica evening, Anime Senza Voce was hosted by the legendary local radio Radio Talpa for an interview and to help spread its message.
Listen to the interview here.

During the evenings in Milano Marittima, Charity Lotteries were held for a family seriously affected by the fires in Sardinia. During the evening, guests could buy lottery tickets through a free offer, and then have the opportunity to win three works of art (created by the artists of Anime Senza Voce) up for grabs for the occasion. 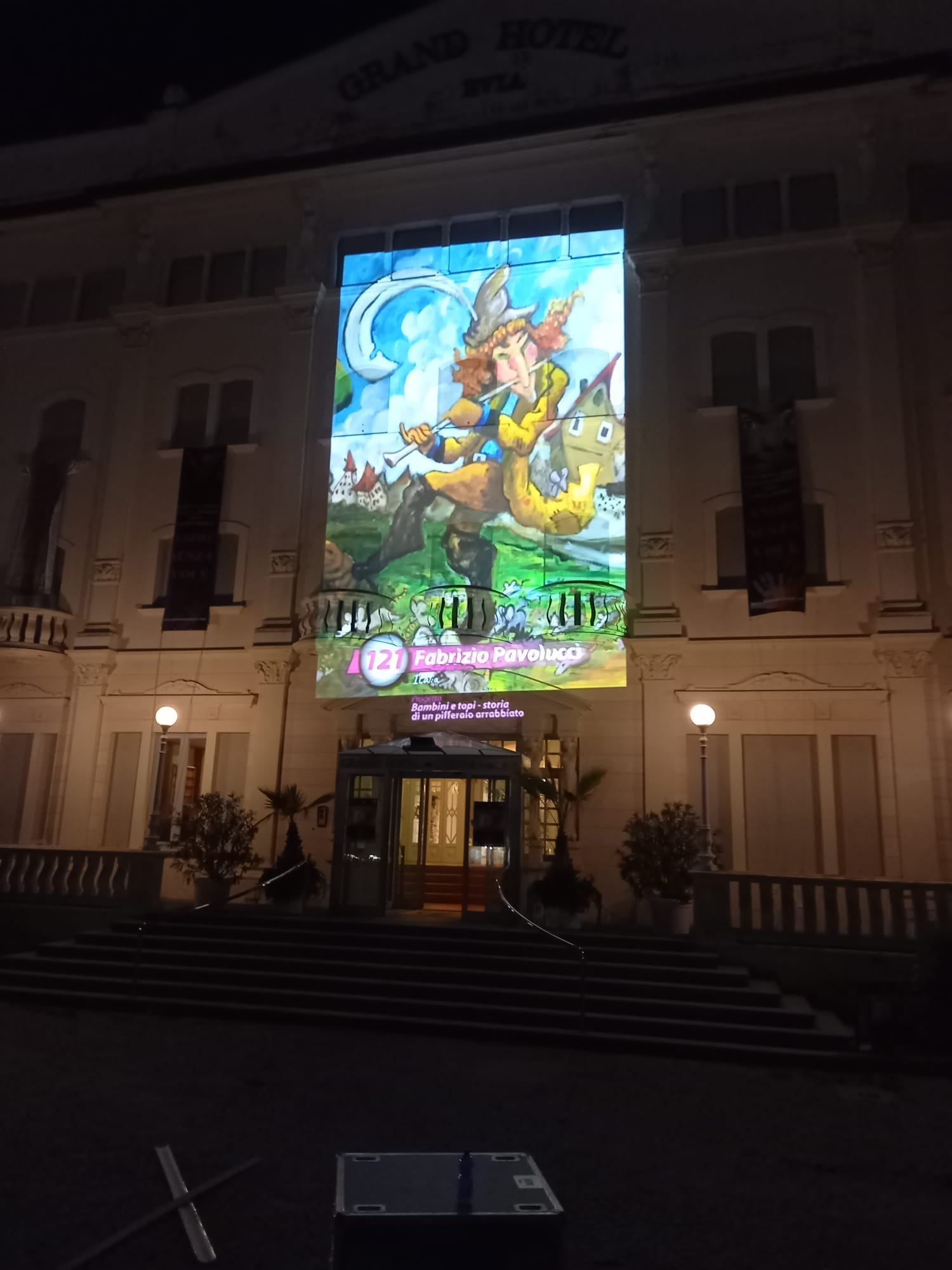 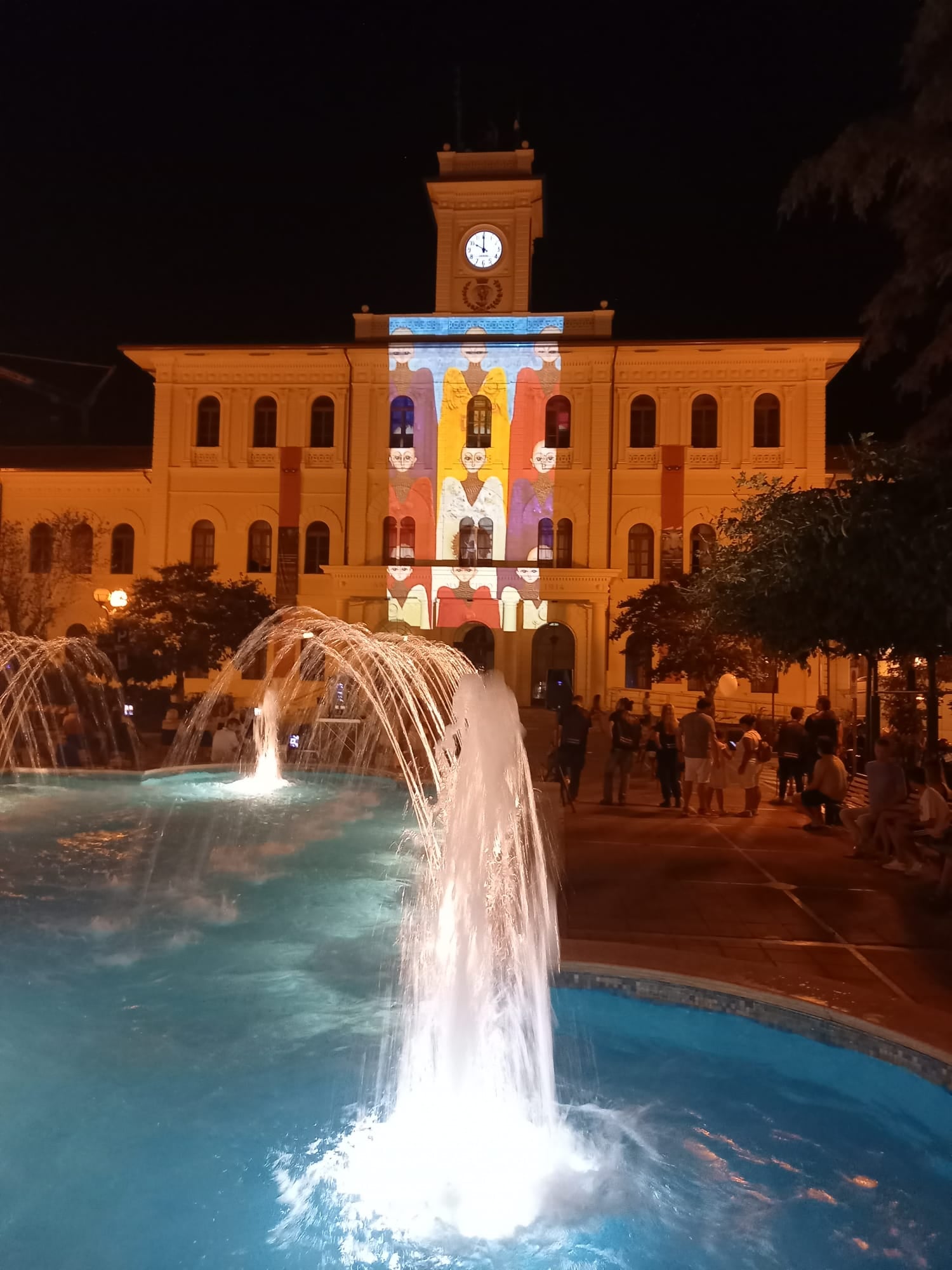 The Souls Without Voice Association thanks all the participants, the authorities and the municipalities who participated in our events! 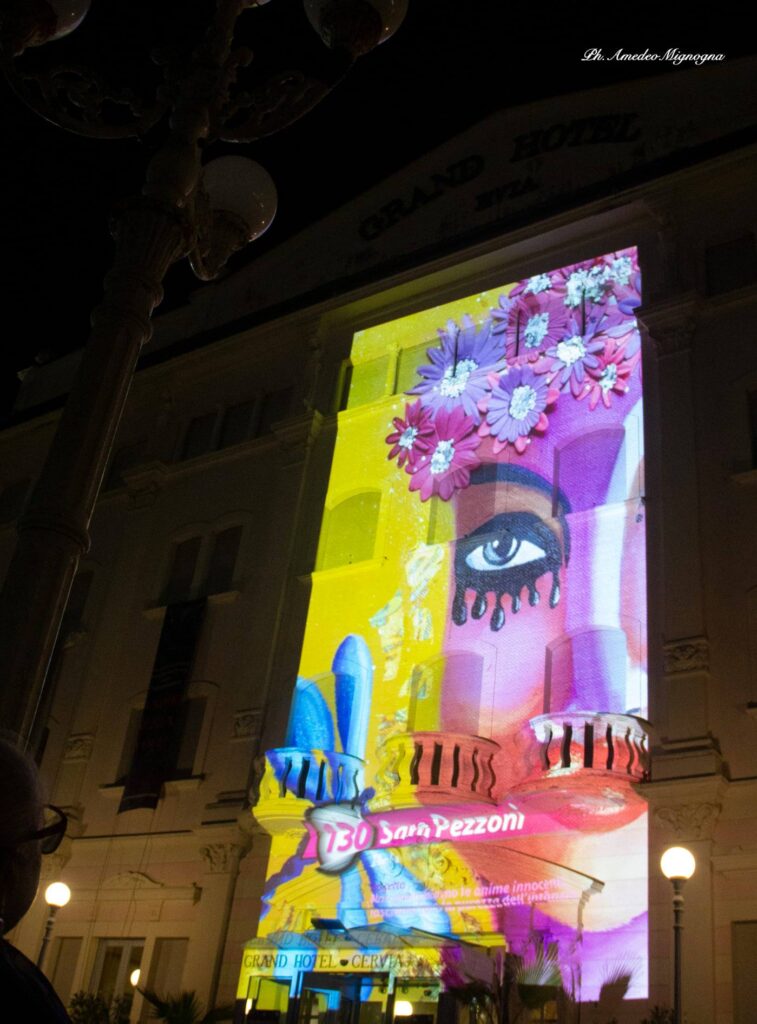 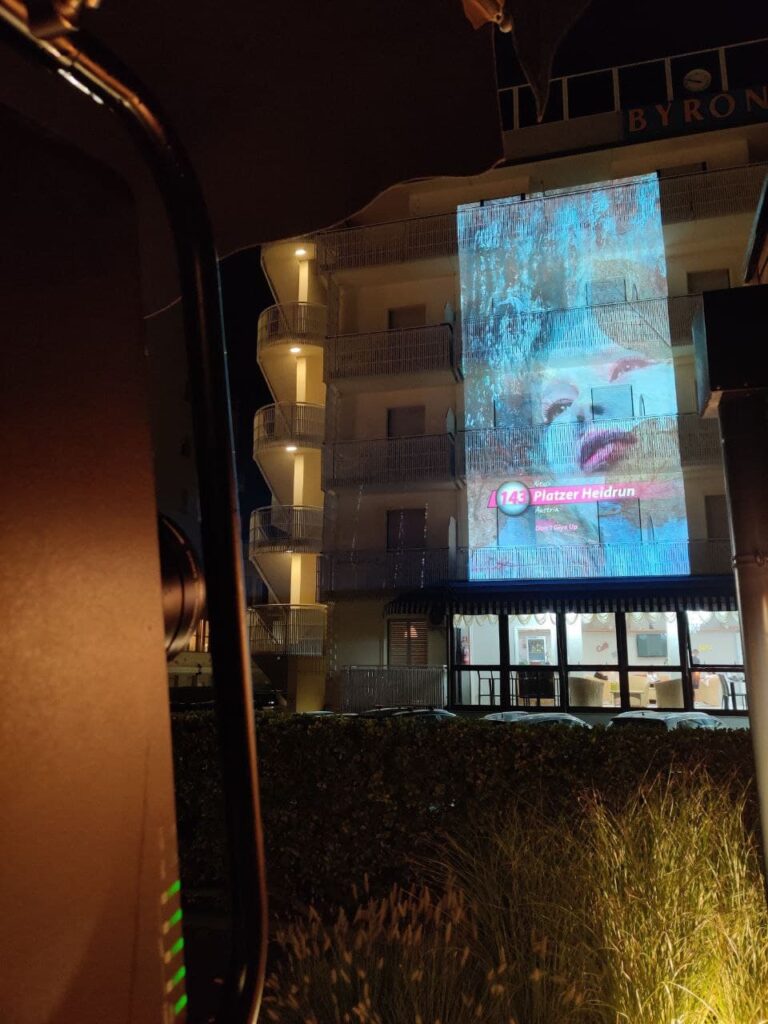 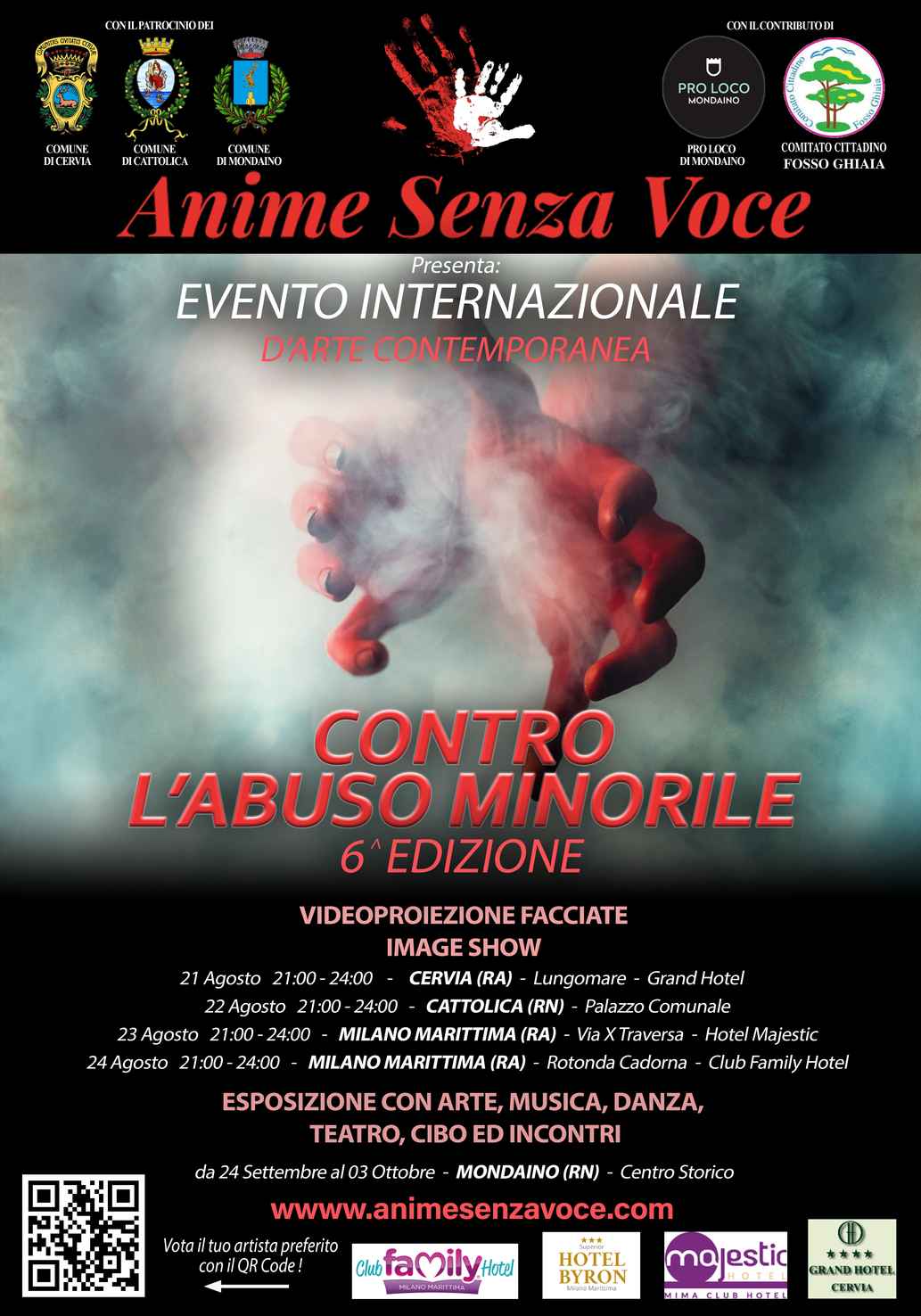